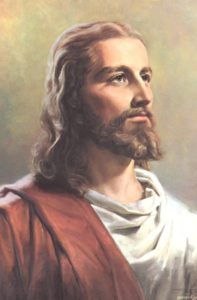 Who is Jesus Christ ?

Was he a great teacher ? A prophet ? A visionary ? Or someone much more than this ?

1 God, who at sundry times and in divers manners spake in time past unto the fathers by the prophets,

2 Hath in these last days spoken unto us by his Son, whom he hath appointed heir of all things, by whom also he made the worlds;

3 Who being the brightness of his glory, and the express image of his person, and upholding all things by the word of his power, when he had by himself purged our sins, sat down on the right hand of the Majesty on high… (Hebrews 1:1-3)

The above Bible reference shows us that Jesus is the Son of God and heir of all that God the Father has. Jesus did not just make this world in six days (Genesis chapter 1) but he also made other worlds of the universe. Jesus has the same glory as the Father and He is the “express” image of the Father – i.e. they are identical in how they look and identical in character. Jesus upholds all things – in heaven and the earth – by the “word of his power”.

The above is supported by other verses in the Bible:

12 Giving thanks unto the Father, which hath made us meet to be partakers of the inheritance of the saints in light:

13 Who hath delivered us from the power of darkness, and hath translated us into the kingdom of his dear Son:

14 In whom we have redemption through his blood, even the forgiveness of sins:

15 Who is the image of the invisible God, the firstborn of every creature:

16 For by him were all things created, that are in heaven, and that are in earth, visible and invisible, whether they be thrones, or dominions, or principalities, or powers: all things were created by him, and for him:

17 And he is before all things, and by him all things consist.

18 And he is the head of the body, the church: who is the beginning, the firstborn from the dead; that in all things he might have the preeminence.

19 For it pleased the Father that in him should all fulness dwell;

20 And, having made peace through the blood of his cross, by him to reconcile all things unto himself; by him, I say, whether they be things in earth, or things in heaven. (Colossians 1:12 to 20).

Clearly, the book of Colossions show us in Jesus Christ we have redemption through his blood and the forgiveness of sins. Jesus is the image of the invisisble God, His Father. Everything that was created either in the earth or in heaven, was created by Jesus and the Father for their pleasure. God loves us ! Jesus existed before all things and all creation exists through Jesus. Jesus is the head of the church on earth, not the Pope ! Jesus has the fulness of the Godhead – “For in him dwelleth all the fulness of the Godhead bodily.” Col. 2:9. See also John 14:11 – “Believe me that I am in the Father, and the Father in me…” God the Father, the Son of God and the Spirit of God compose the Godhead. One God – three individuals who reflect the same divine character, but are three individuals. All three are engaged in the plan of salvation for mankind.

Those who deny that Jesus Christ is fully divine and fully God are led by the spirit of anti-christ – “Who is a liar but he that denieth that Jesus is the Christ? He is antichrist, that denieth the Father and the Son.” (1 John 2:22).

Jesus is the son of man, born of his human mother Mary, fully human with our flesh and blood

“For unto us a child is born, unto us a son is given: and the government shall be upon his shoulder: and his name shall be called Wonderful, Counsellor, The mighty God, The everlasting Father, The Prince of Peace.” (Isa. 9:6)

“But thou, Bethlehem Ephratah, though thou be little among the thousands of Judah, yet out of thee shall he come forth unto me that is to be ruler in Israel; whose goings forth have been from of old, from everlasting.” (Micah 5:2)

“Now when Jesus was born in Bethlehem of Judaea in the days of Herod the king, behold, there came wise men from the east to Jerusalem,

2 Saying, Where is he that is born King of the Jews? for we have seen his star in the east, and are come to worship him.” (Matthew 2:1,2)

“Now the birth of Jesus Christ was on this wise: When as his mother Mary was espoused to Joseph, before they came together, she was found with child of the Holy Ghost.

19 Then Joseph her husband, being a just man, and not willing to make her a public example, was minded to put her away privily.

20 But while he thought on these things, behold, the angel of the Lord appeared unto him in a dream, saying, Joseph, thou son of David, fear not to take unto thee Mary thy wife: for that which is conceived in her is of the Holy Ghost.

21 And she shall bring forth a son, and thou shalt call his name Jesus: for he shall save his people from their sins.

22 Now all this was done, that it might be fulfilled which was spoken of the Lord by the prophet, saying,

23 Behold, a virgin shall be with child, and shall bring forth a son, and they shall call his name Emmanuel, which being interpreted is, God with us.

24 Then Joseph being raised from sleep did as the angel of the Lord had bidden him, and took unto him his wife:

If the Son of God is fully divine and existed from the beginning, from everlasting, how could the Son of God be born as a human ? This is the great mystery of godliness, the Incarnation.

The above verses show prophecies that predicted how Jesus would be born (of Mary the virgin) and where he would be born (Bethlehem). See Isaiah 9:6 and Micah 5:2. The One born is the “mighty God”, a ruler with the government responsibility upon His shoulders. The shepherds and the wise men from the East came to worship Jesus as a baby  because they recognised Jesus as God in the flesh, God with us – Emmanuel. Jesus’ mother was Mary who was a virgin. Jesus’ father is God the Father who brought forth conception via the Holy Ghost. The following verses show how human Jesus is:

“14 Forasmuch then as the children are partakers of flesh and blood, he also himself likewise took part of the same; that through death he might destroy him that had the power of death, that is, the devil;

15 And deliver them who through fear of death were all their lifetime subject to bondage.

16 For verily he took not on him the nature of angels; but he took on him the seed of Abraham.

17 Wherefore in all things it behoved him to be made like unto his brethren, that he might be a merciful and faithful high priest in things pertaining to God, to make reconciliation for the sins of the people.

18 For in that he himself hath suffered being tempted, he is able to succour them that are tempted.” (Hebrews 2:14-18.

“14 Seeing then that we have a great high priest, that is passed into the heavens, Jesus the Son of God, let us hold fast our profession.

15 For we have not an high priest which cannot be touched with the feeling of our infirmities; but was in all points tempted like as we are, yet without sin.

The above verses clearly inform us that Jesus’ mission was to be the sacrifice for the sins of the world – the Lamb of God, but Jesus was also to be our example on how we may overcome sin in our lives by His blood and through His Spirit. Jesus was a partaker of the same flesh and blood as the human race – via the lineage from Abraham. Jesus was made like unto his brethren, so given He was born in Israel, Jesus would have had the same olive features of the Jewish race. Jesus eat, drank and rested. Jesus experienced pain, sorrow and suffering. Jesus prayed to His Father in heaven, studied the old testament scrolls (new testament did not exist during his time), taught, healed and spent a significant time in nature. Jesus died for our sins and Jesus is also our example on how to overcome sin. Jesus was perfect – he never sinned once even though tempted to sin. This is the power that Christians need today. Only Jesus can succour, or help us defeat the enemy – Satan, the destroyer. In fact, those who deny the humanity of Jesus, are also led of the spirit of antichrist:

“And every spirit that confesseth not that Jesus Christ is come in the flesh is not of God: and this is that spirit of antichrist, whereof ye have heard that it should come; and even now already is it in the world.” (1 John 4:3)

Only Jesus can offer us mercy and forgiveness over our sins, and grace and power to overcome sin. Praise God for the willing Gift of His Son !

If you would like to know more about Jesus Christ, the Saviour and Creator of the universe, please see the first angel’s message of the Everlasting Gospel. 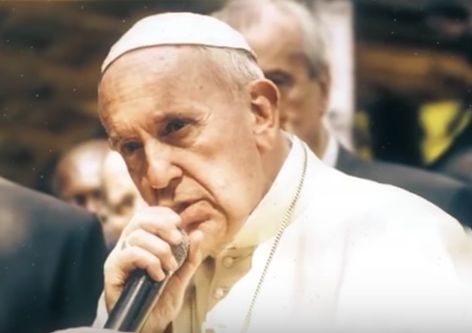 Many Faces Of Rome 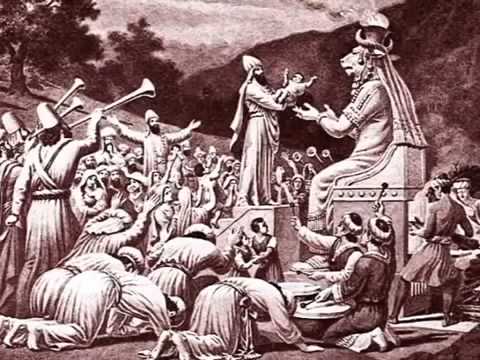 What is satanic ritual abuse ? Is there a worldwide conspiracy ? God can heal the victims